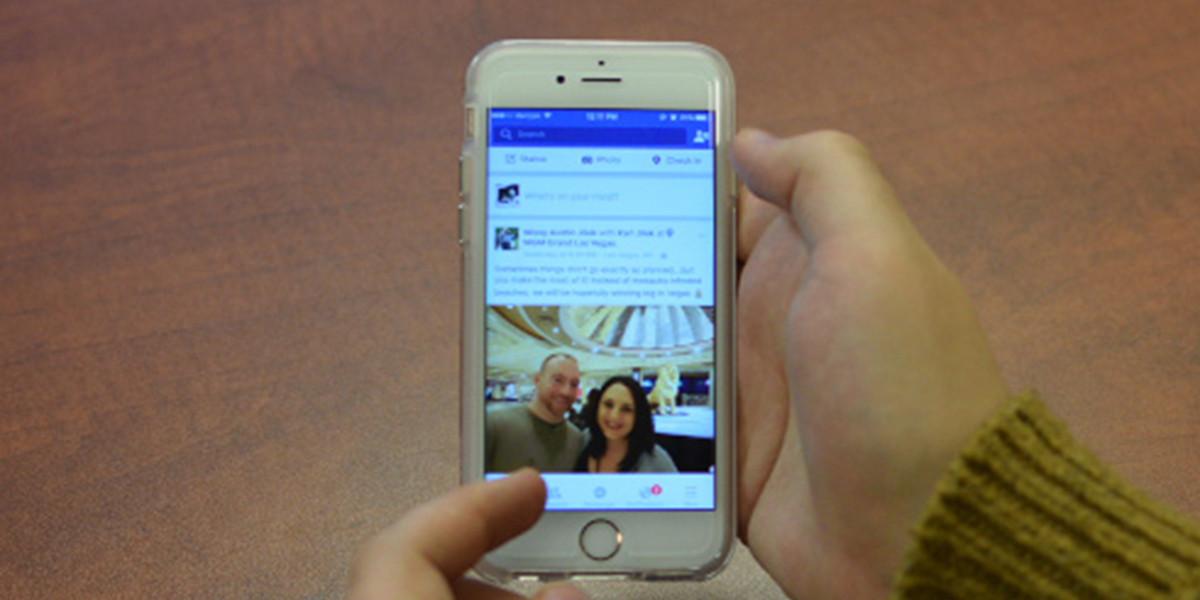 Today as smart phone users, we have access to many apps that can be quite useful in our everyday lives.  Over the past several years, I have explored many apps – some have been useful and others not so much.  I have run into an overwhelming amount of apps that have not been completely accessible.  Today, I would like to share five apps I find that are useful, are accessible and meet my current needs. One more important thing to remember – even if apps are not accessible in their current version, the next update may have fixed the issues.

The first app that I use every day, both for work and personal use, is of course, Facebook.  Although I do use Facebook on my PC, I find myself accessing Facebook from my iPhone more often.  Overall, the app is accessible.  I manage multiple Facebook Fan Pages for work right from my iPhone and find it quite easy to post status updates to keep fans engaged with the pages.  I also have the ability to invite people to like the page, respond to comments fans leave on the page and check the metrics.

On a personal level, I keep up with friends and family on a regular basis and can respond to comments on my news feed which can generate some interesting conversations about daily news topics or experiences that occurred during the day.  One area of the app that might require someone with vision loss to learn a new technique on the iPhone is Messenger.  Messenger is like texting with friends but through Facebook.  Since I have been using the iPhone I have typed out all of my texts, emails, web searches, etc. and have increased my typing speed dramatically.  However, the technique I think best for Messenger is using the dictate key just to the left of the spacebar when the keyboard appears.  You can start dictation by double tapping to activate the edit box, then two finger double tap to start and end dictation.  This allows for longer messages to be sent quickly while increasing the response time for conversations.

Another app I use every day is of course, another social media app known as Twitter.  Twitter is known as a micro blogging app because you only have the ability to share a message that is 140 characters or less.  I usually access Twitter on my iPhone. The app is both quick and very accessible to Voiceover users.  There are only a few aspects of the Twitter app a user needs to know:  how to tweet, favorite a tweet, re-tweet and respond to a tweet.  All of these functions are easy to find because they always appear in the same area of the app. Once you learn how to use the Twitter app, it is easy to become a tweeting machine.

Twitter provides the opportunity to connect and have conversations with current and future customers both near and far.  The ability to use hash tags and tag other users inside a tweet lets you start a conversation with almost anyone throughout the world.  If being social is not quite your thing, then Twitter also allows you to follow many news outlets such as CNN, NY Times, Forbes, Wall Street Journal and a slew of others.  Check out Twitter ASAP and keep updated with your favorite news outlets, sports teams, actors and much more.

The last social media app I have found quite enjoyable is Periscope.  Periscope is simply a live video feed you create that allows people from around the world to tune in to see what you are up to at that point in time.  Periscope uses the camera from your phone. You can switch the focus from the back camera to the front camera during the Periscope session.  Periscope allows you to bring the world along for the ride to share in your experience.

The problem is that not all areas of the app are fully accessible at this point in time.  When the app first came out months ago, I had trouble just creating my first Periscope session because many of the buttons were not being read by Voiceover.  However, with many of the updates, more and more of the app has become accessible.  Many of the earlier issues have been fixed making beginning sessions much easier.  Now, many people can share in my experiences.  The only thing still difficult to see with Voiceover is the comments others can send while you are inside your session.  Hopefully, this will be a fix in a future update.  Do not let these minor issues stop you from bringing the joy of your experience to the world.

One of my favorite apps is Google Maps.  This app allows the user to receive directions from one point to another point no matter the means of travel.  As a new resident of Chicago, along with being visually impaired, I do not know what stores are around me while I am walking down the street.  I can fix this problem with Google Maps because I can see what businesses are in my vicinity and quickly get directions.  Generally, after selecting a location, I receive several options based on the current time and means of travel.    Once I select my means of travel, I can pull up step by step directions to my destination, along with the ability to visit a business’ website if needed.

Google Maps is great, but it only gets you in the general vicinity, usually within a few hundred feet.  It is up to you to navigate the rest of the way.  You should still be familiar with the area of travel such as street names, nearby landmarks and mass transit access points if available.  Google Maps is a tool that aids in independent travel while opening up the current area for exploration.

The final app that I want to share is BARD Mobile. BARD allows access to print materials in braille and audio.  Many visually impaired individuals may currently access BARD from their computer or other assistive devices such as the Victor Reader Stream.  I have a Stream but tend to use it only for recording. Unless I know I need to record something, I do not always carry the Stream with me.  I always have my iPhone with me, so I use the BARD Mobile app.  I always have at least one book downloaded to my phone and have access to it at any time.

BARD Mobile is one hundred percent accessible and is very easy to use on the iPhone.  The ability to search by key words allows for quick, easy searches for the desired book, magazine or article.  Once you have found the desired material, downloading or adding it to the wish list is just a button away.  The only thing you need to remember is the app is being accessed from the phone and data will be used when downloading any material.  You can combat this by making sure the device is connected to a Wi-Fi network and data will not be consumed.  Be sure to check out the BARD Mobile app and in the long run, it just might lighten your load when traveling around your city.

These five apps are by no means all that are out there, but they happen to be some of my favorite apps at the moment.  I love each of these apps even though some tend to be more accessible than others. With every update that is made, the apps should become more user friendly.  Please take the time to explore each of these apps. I hope they will help to enrich each day and allow you to not only experience new things, but share those experiences with the world!

Shawn is one of Second’s Sense technology tutors.  He is also social media marketing manager for Sassy B Worldwide Productions, Inc. and general manager of Genesis X Fitness.