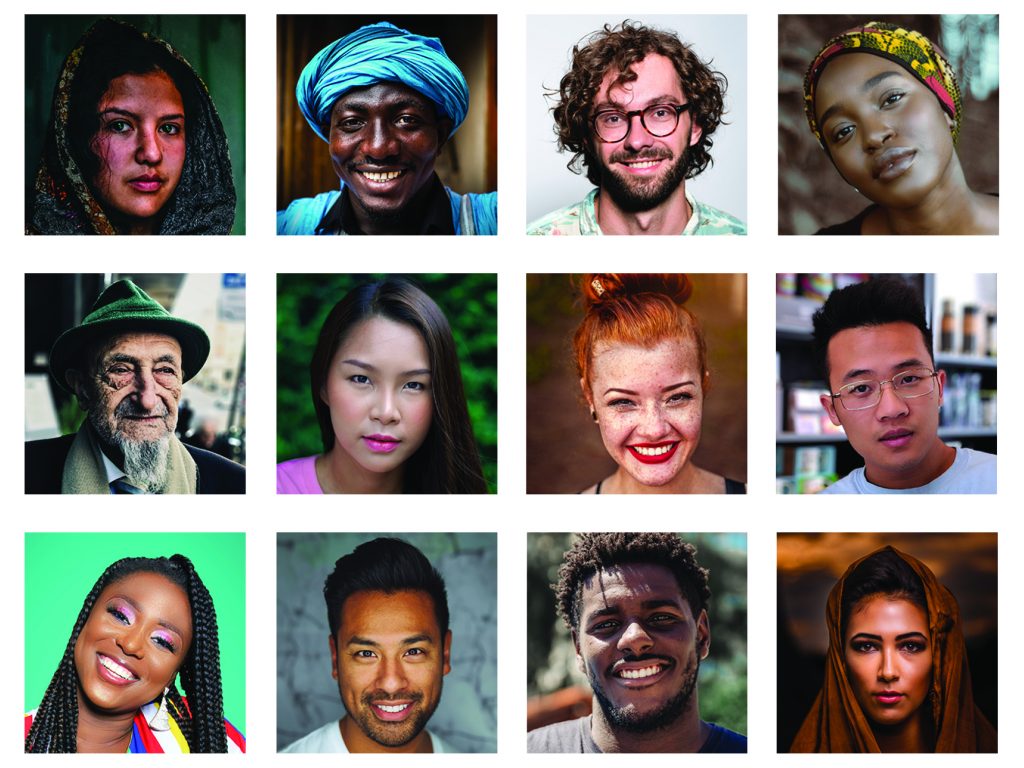 This post is the first in a series by Siobhan Midgley, CVRT, COMS, TVI, on blindness disorders occurring in the brain.

In 2019, I was completing my teaching clinicals in a classroom with blind and visually impaired kindergartners. The classroom was set up with a desk in each corner for each teacher and paraprofessional. Each student knew whose desk was whose. Since I didn’t have my own desk, I would usually sit at another teacher’s desk while I was teaching.

I noticed there was one student who would often mistake me for other adults in the classroom. After this happened several times, I realized she was calling me by the name of whoever’s desk I was sitting at. If it was Ms. Smith’s desk, then I must be Ms. Smith. I reviewed the student’s files and found out she had been diagnosed with a condition called face blindness.

What is Brain Blindness?

When we think of visual impairment and blindness, we usually think about the more common eye diseases. Ones that affect the structure and function of the physical eye, such as diabetic retinopathy, cataracts or macular degeneration. But there is a different kind of blindness that results from damage or malformation of the brain. While a person may have 20/20 visual acuity, their brain is unable to process what they are looking at. In this post, and in future ones, we’ll explore different conditions that originate in the brain. The first condition we’ll look at is what my former student was experiencing — prosopagnosia or face blindness.

What is Face Blindness?

Face blindness is a disorder characterized by a person’s inability to recognize faces. It is the result of damage from a part of the brain called the fusiform gyrus. The fusiform gyrus is responsible for controlling facial perception and facial memory. Damage can be a result of stroke, traumatic brain injury or a neurodegenerative disease. Malformation of the fusiform gyrus can also be present at birth.

Within a matter of milliseconds, a neurotypical person can distinguish the relative distances between a person’s facial features, run through her memory bank of faces and recognize the face in front of her. A person with face blindness doesn’t see the face as a whole but as series of facial features and dimensions that he must consciously piece together.

Looking at the image below, you’ll see six upside down faces. Hair has been cropped because it helps us to recognize people more quickly. Can you guess who these six celebrities are without turning their faces right side up? 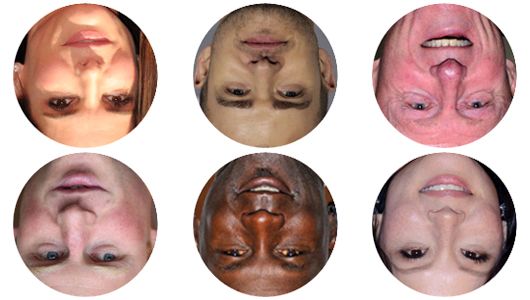 The simple act of turning a face upside down confuses our brain, making it difficult, if not impossible, to recognize who it is. We aren’t able to make split-second measurements on features like the distance between eyes and eyebrows, the width of their forehead or the distance between their nose and mouth. The top row of faces, from left to right, are Sandra Bullock, Justin Timberlake, and Bill Clinton. The bottom row is Prince Harry, Michael Jordan, and Lucy Liu.

Have you found it more difficult to recognize people you know when they’re wearing a mask? I’ve found when I’m in public, I tend to think I see someone I know, but it turns out to be a total stranger. The mechanisms I explained in the preceding paragraph are the same mechanisms that are disrupted when people’s features are covered by masks. These two examples are a small glimpse into how a person with face blindness sees faces.

Often people with undiagnosed face blindness will unconsciously develop compensatory skills that have nothing to do with looking at the person’s facial features. As with my former student, she used the location of the teacher’s desk to determine who the teacher was. Others will use characteristics like hair, voice, gait or fashion to recognize a person.

If you’d like to learn more about face blindness, check out faceblind.org or read Sadie Dingfelder’s journey to diagnosis.