“I was diagnosed with RP 35 years ago.  One day, someone told me that I was not artistic.  I decided to prove them wrong.  Having been raised with a mindset that “if you try you CAN,” I decided to not let RP win.

I am self-taught and generally focus on architecturals. However, with COVID confinement and last year’s political climate, my art took a divergent path.

“I graduated from Douglass College with a degree in Spanish Education and was employed in corporate America until 2017.” 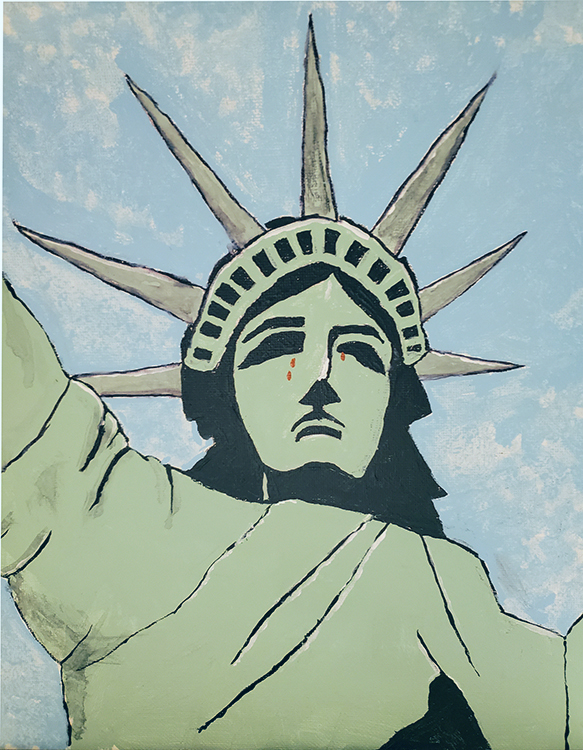 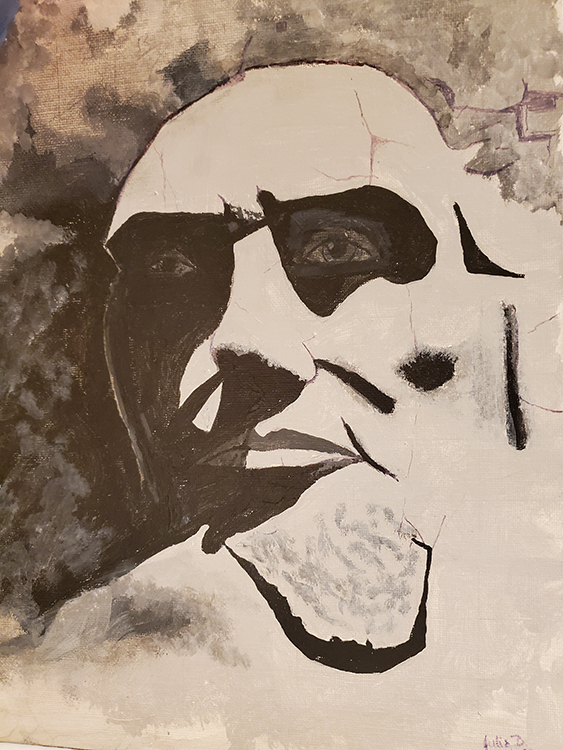