My educational background was in political science and literature with an emphasis on writing poetry, short stories, and character sketches. In the visual arts, I have pretty much informally piecemealed my experience and education in the painting disciplines from a smattering of course work in college and my ongoing self-education and explorations into visually expressing myself.

My approach to art varies from painting to painting and season to season, depending on what inspires or enchants me at the time. I do accept convention when it suits my needs at the time, and if it makes sense to the structure of the work itself, but I will let go of it in a heart beat if I see a better way to make sense to the structure of a composition or an interpretation.

The Big Purple Box, One Elf's Arduous Climb Back Home 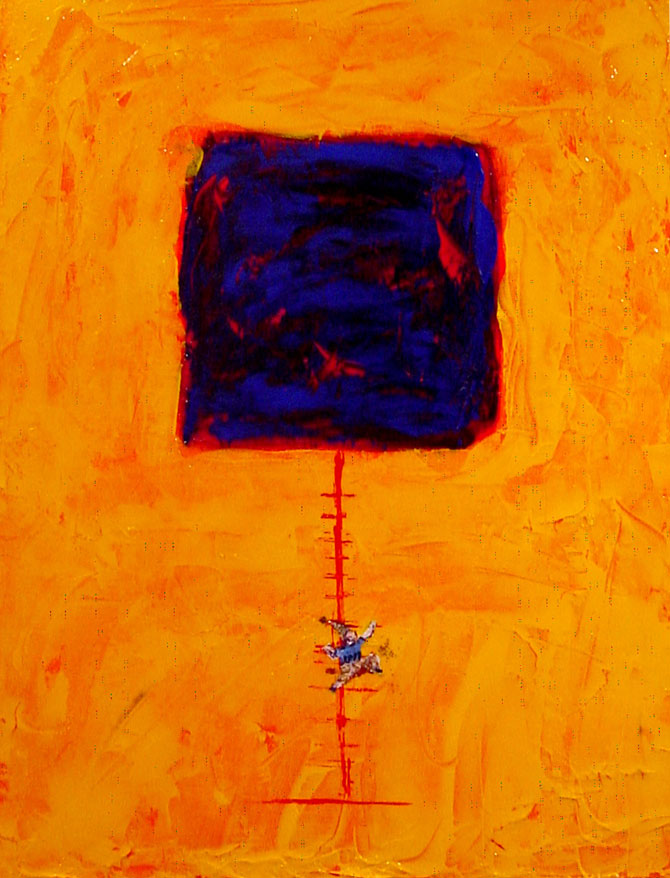 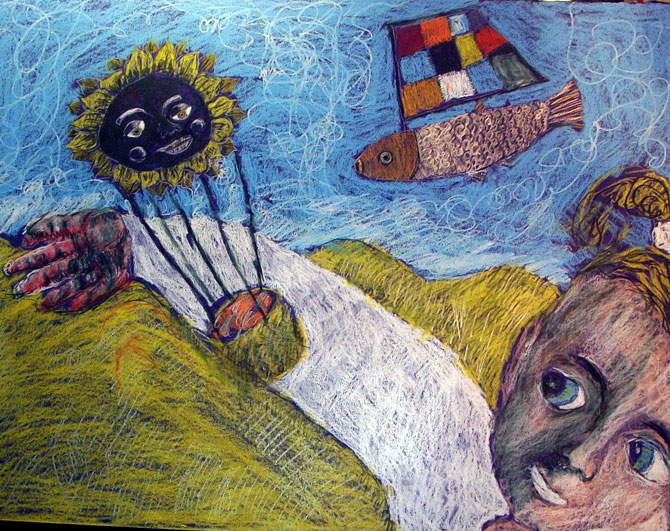 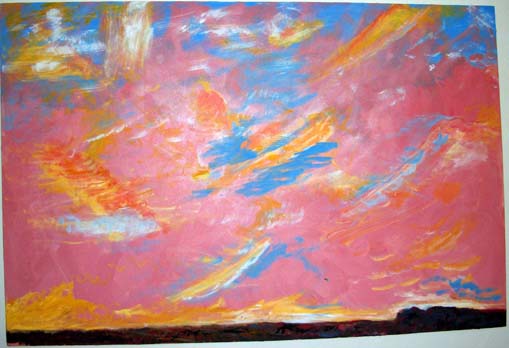