My formal educational was in political science and literature while my visual arts education was informally piecemealed together. I leaned the visual arts though my personal experiences and a smattering of college courses and have continued to self educate myself in the field through personal explorations in visual expression.

My artistic approach varies painting to painting and season to season, depending on what inspires and enchants me at the time. Some may see this as flippant and incorrigible defiance of convention, which is both right and wrong. I find that I accept convention when it suits my needs and it enhances the structure of the work but will let convention go when I see a better alternative for the structure of a composition.

How Does One Chastise for Damages Done by Music

Something Lost, Something Found 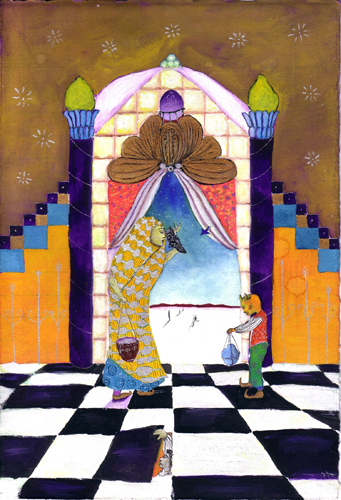