“I create pieces in order to provoke inspiration and thus giving life to the human spirit.”

As a young man, Charles Blackwell’s visual arts studies at Sacramento City College were cut short after he fell head first down a steep slope, damaging his eyesight. “My blindness, in a sense, gives me the originality. When painting, I’ll strain my eye to see, until the reality of being partially blind registers” He then relies on instinct, sloshing colors between thick lines, serendipitously moving his art along the path to completion.

Art is not to isolate but to build community.

Art is not for mere capitalist gain but to provide inspiration.

Here in the Tenderloin much encouragement and inspiration is needed.

I feel like I contribute to this, creating life where death is ever present.”

Charles has been exhibited in over 55 exhibitions nationally, performed in 10 plays, has written 5 books, presented talks at colleges & universities, been published in magazines & journals, recited his poetry at open mic nights across the bay area including the Beat Museum in North Beach, has appeared on radio and has been awarded awards and prizes for his art and community work…to name but a few of his achievements.

He now lives in Oakland and makes his art at Hospitality House’ Community Arts Program.

Bass Player and That Last String 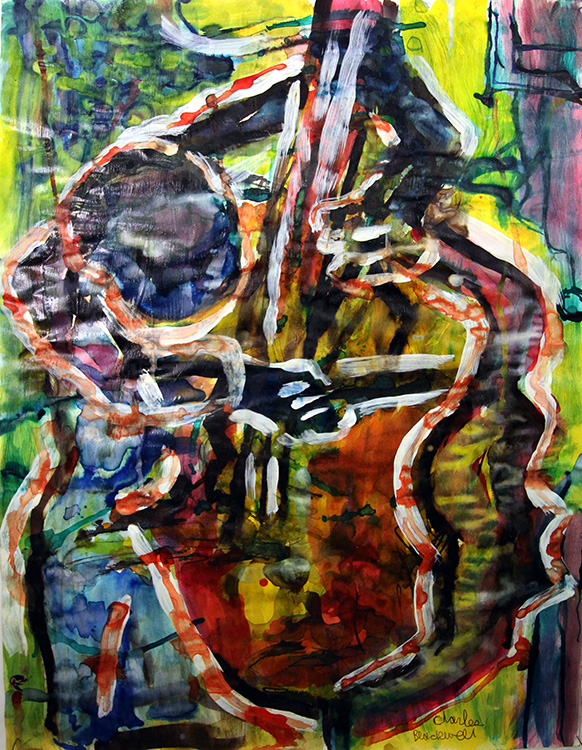 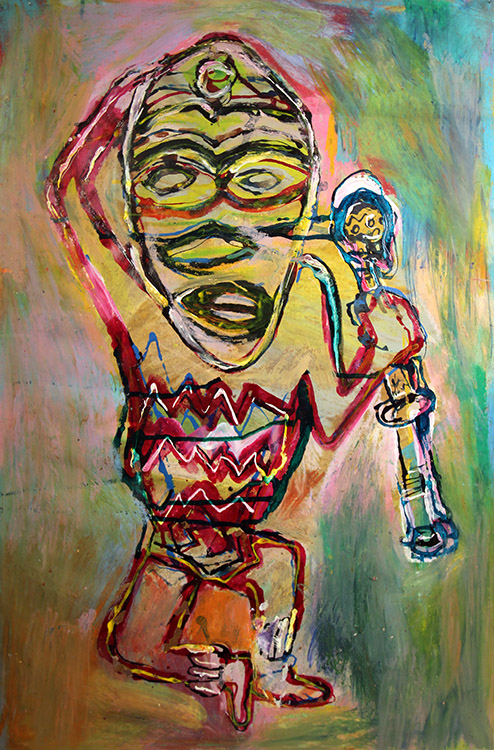 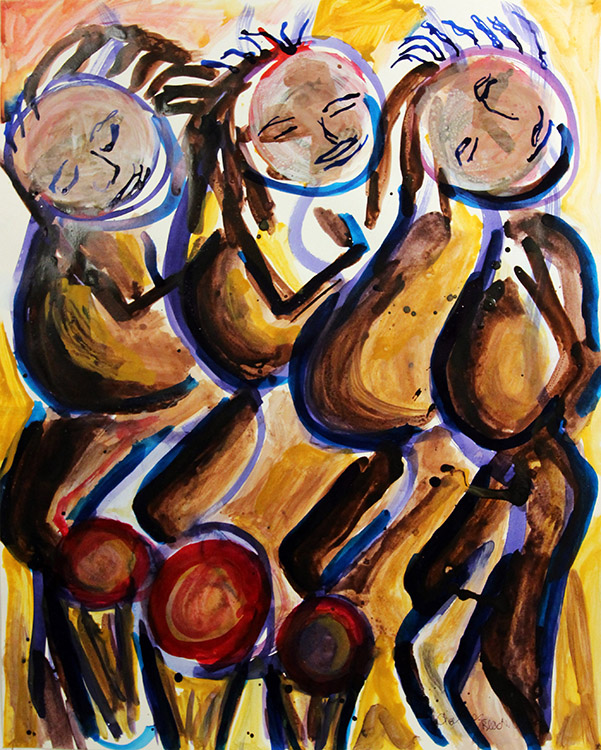 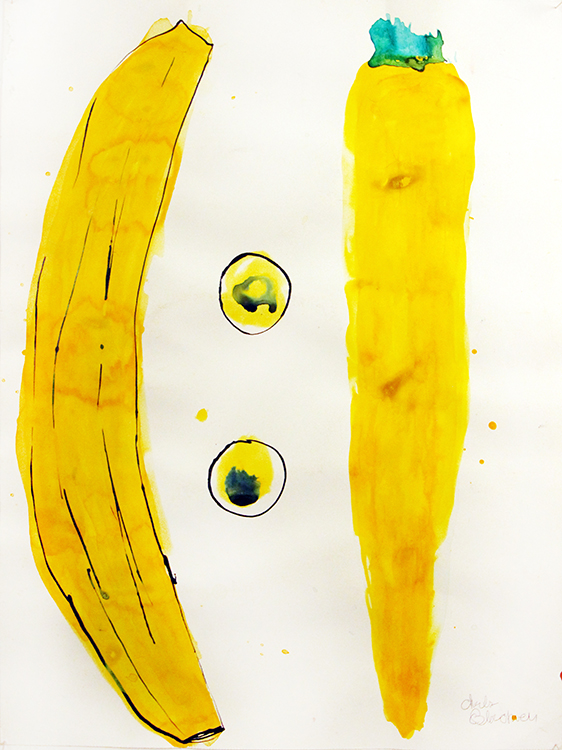 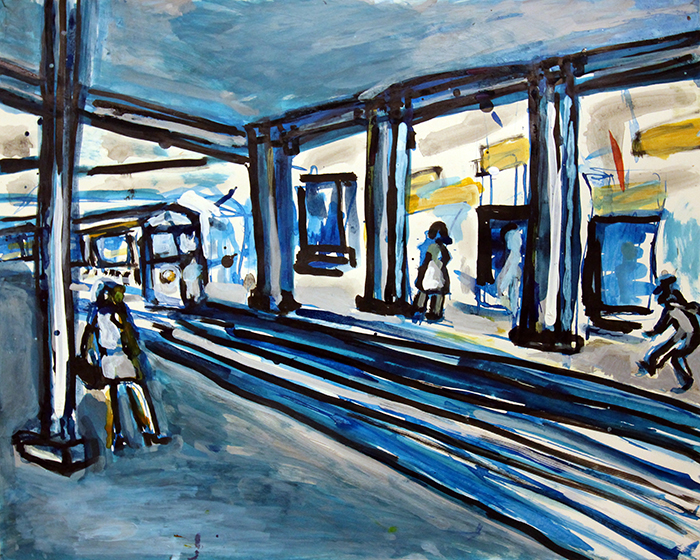