“I earned a BFA degree from the Philadelphia College of Art (now University of the Arts) and an MFA degree from Otis College of Art and Design in Los Angeles.  My paintings are widely exhibited and I have been the recipient of multiple-year Artist in Residence awards from the City of Los Angeles Department of cultural Affairs and the California Arts Council.  I am a Teaching Artist Fellow for VSA Arts, an affiliate of the John F. Kennedy Center for the Arts  in Washington, D.C.

“In 1992 I co-founded Art Options, an arts education program which served hundreds of Los Angeles inner-city teenagers through 2007.  Currently I am a Professor at Columbia College Hollywood, School of Film & Television in Tarzana, CA.

“Diagnosed with a rare form of retinitis pigmentosa in 1984, I am legally blind.

“A few of the venues where my paintings have been shown include the Philadelphia Museum of Art, the San Diego Art Institute, the San Francisco Art Commission Gallery, the Los Angeles Municipal Gallery, the Holter Museum in Helena Mt,   and the Terrace Gallery of the John F. Kennedy Center in Washington, D.C.

“In June 2013, my work was featured in ART BLIND, an international exhibit of artists with Visual Impairment in Cologne, Germany.

“I’ve learned to use what abilities I still have in creating my work.

“This work is less inspired by what I see and more by what I hear, remember and imagine.”

Day of the Drum 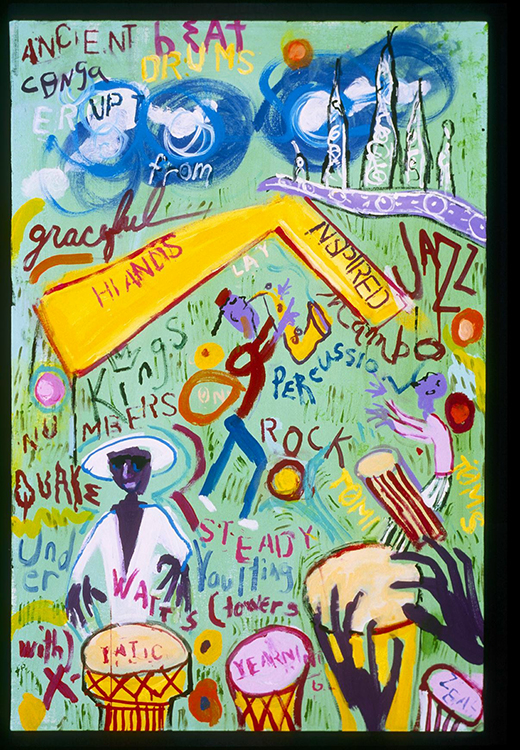 For All We Know 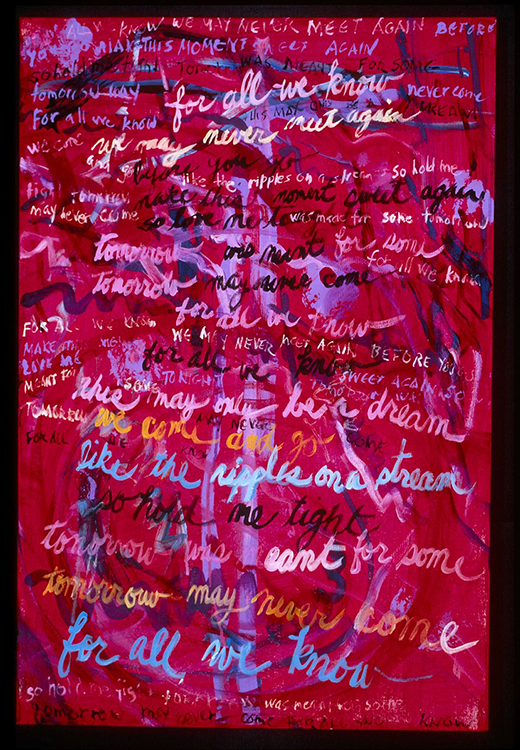