You are here: Home » About » Client Stories » Bill’s Story 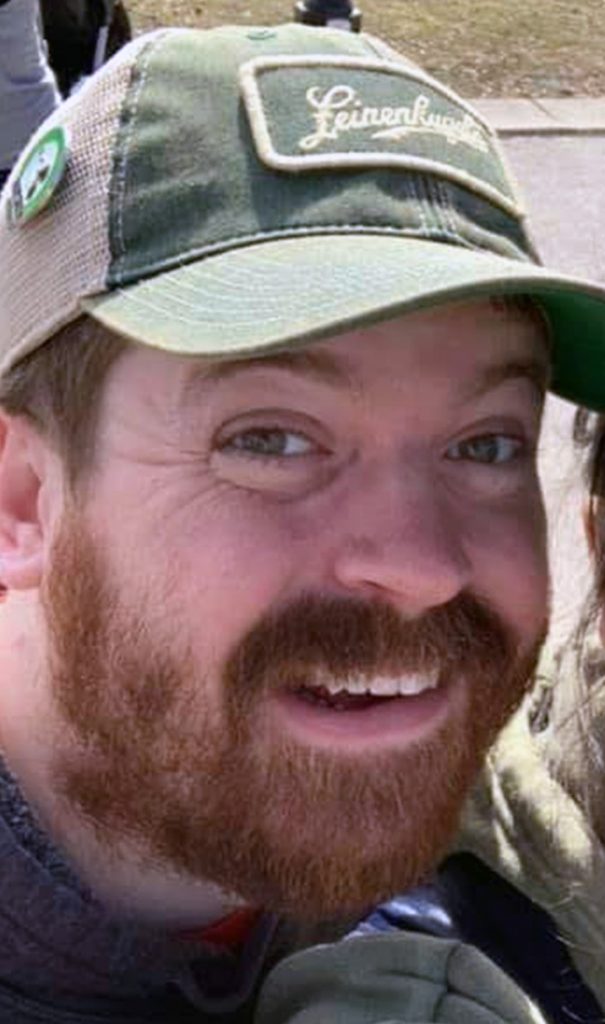 Bill is engaging, outgoing and has a positive attitude. He graduated from college with a degree in accounting. But, at 29 years old, he couldn’t “read, write or use a computer.”

Bill has an extremely rare hereditary condition that caused him to slowly lose his vision.  By the age of 8, he was wearing glasses and had a blind spot the shape of a doughnut.

He made do. Completing college and starting a career. While, his vision continued to diminish.

By the time he was 25, he was legally blind. But, he continued to get by without any special training. To do this, he had to stay within his “comfort zone.”

This meant he was comfortable with his daily tasks. He knew the specific route to get to work. And he was familiar with two restaurants for lunch.

For four years, Bill avoided anything outside that.

And his vision kept getting worse. By November of 2019, when Bill was 28, he could no longer use his computer or his phone. Suddenly, even his comfort zone was shrinking.

Bill decided he could no longer “get by.” He needed to seek out help.

He requested assistance from another organization with the goal of retaining his job. First Thanksgiving, then Christmas slowed down the process. Then everything in the state shut down in March because of COVID-19.

In April, Bill was furloughed from his job. And, then in May he was laid off. Bill’s “world fell apart.” He had been on the job for five years. He knew every task, every aspect of the job.

The other organization finally reached out to Bill in late May to talk about the steps to retain his employment.  But, it was too late.

So, Bill decided it was time to focus on getting training so he could learn to expand his comfort zone.

“I was worried that I would not be able to find a new job.

“Even though I have been visually impaired since the age of 8 and legally blind since 25, I never received training to use a cane or any other training for my vision loss. So, my state counselor connected me with Second Sense.

Bill was able to start training right away. “I started learning technology. This was a huge game changer.  I had never used a screen-reader. I thought that being competent with a computer was something I would have to leave behind.”

“For the first time in years I could just walk over to my computer and check my email. I felt I was rebuilding pieces of my life that I thought I would never have access to again.”

The training eased the fear that was creeping into Bill’s life. “That fear that I would never get a job again. I mean, who would hire a guy who can’t use a computer? That fear was now entirely squashed.”

Bill didn’t stop at learning technology. He has embraced all areas of vision rehabilitation.  This includes learning life skills with Cody.

“The first thing Cody helped me with was signing up with the National Library Services. An incredible resource I knew nothing about.” The NLS gives Bill access to devices (like a money identifier) and audio books through BARD and Audible.

“Cody taught me adaptive cooking and food preparation. So much of this training is learning safe techniques to overcome fears. Like sharp knives and hot ovens.

“Before this I was thinking it is fortunate I like Spaghetti O’s because that’s all I will eat for the rest of my life.

“There were just so many things I assumed would be off limits for me. Many of the techniques Cody taught me were so simple, but to me they are revolutionary life hacks!”

As Bill’s vision deteriorated, he found himself “becoming dependent on comfort zones.”  I knew my way to work: the short trip from my home to the bus stop and the bus stop to my work.  I knew there was a brewery and a pizza place right by my work. That had become the extent of my travels.

“I just didn’t have the tools to go beyond these limits I set for myself. I had been using a white cane for four years before I actually learned how to use it.

“Now that I have learned how to use a cane with Eleni and Brad, I don’t have any fear of walking down a street I don’t travel regularly.  I learned to make educated decisions to keep myself safe.

“My current world and the future seem manageable. It is now a welcome challenge. It is a huge victory for me, not being consumed with fear. I can now cross intersections. In the past if I encountered sidewalk construction on my set route, my world just crumbled before me. Now I have the tools to address these challenges.

“I am now learning to take the ‘L.’ As soon as I mentioned an interest in taking the train, Eleni said that would be our next lesson. Though I was afraid, I knew the only way to become fearless is to do the things I fear. I would never become better at taking the train without actually taking the training.

“This real world application has unlocked so much in my daily life. It has been a process of collecting and rebuilding the pieces I thought I had lost. It has been a cool, gratifying and empowering process.”

As Bill continues his training and builds new skills, he can look to the future.

“I have an accounting background. I love numbers and money. I am hoping to re-enter that industry once I reach a level of proficiency.

“I am also becoming interested in computer programming. I am one of the few blind people using an Android phone. And, there are so few accessible apps I can use. So, I thought, ‘Why shouldn’t I create apps that are accessible in Android programming?’  I did some research and learned apps are written in JAVA, so I decided to start learning JAVA.”