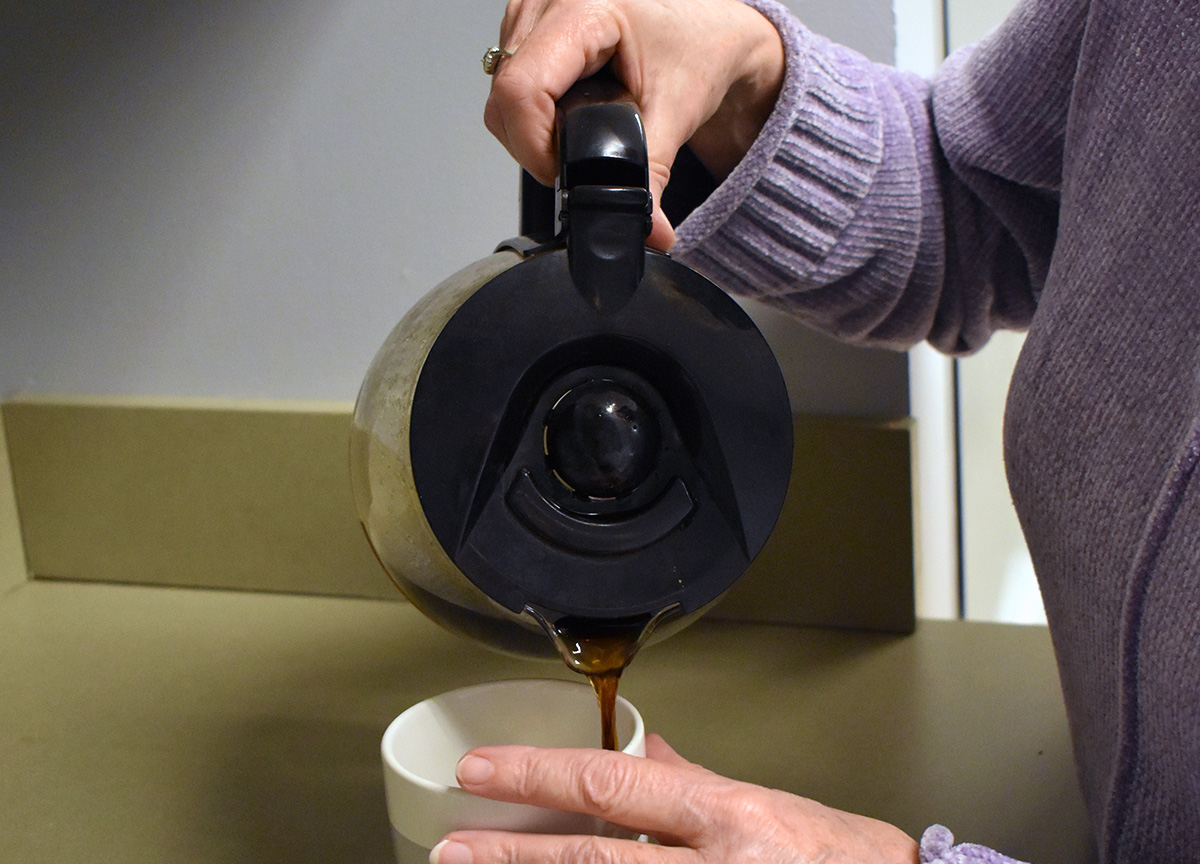 This post is the second in a series by Siobhan Midgley, CVRT, COMS, TVI, on blindness disorders occurring in the brain.

Legal blindness is defined as having central visual acuity of 20/200 or less in the better eye with correction or field of vision less than 20 degrees. During my grad school days, if you listened really closely, you could probably hear me reciting that in my dreams. But there’s another type of blindness that is less discussed but equally as important.

Cortical blindness, or brain blindness, refers to lack of vision due to processing issues in the brain. This means that your eyes can be structurally sound with no visual acuity deficits, but your brain can’t interpret the information coming in. In the first installment of my blog series on brain blindness, I discussed face blindness. In this blog, I’ll be discussing akinetopsia, also known as motion blindness.

Imagine you’re pouring a cup of coffee. You watch as the coffee level slowly rises. Consciously, you’re thinking about how good that first sip will be. Unconsciously, your eyes are perceiving two slightly different images based on the angle the information is entering each eye. Your brain simultaneously processes those different images as the coffee level rises. Based on these changes, your brain is determining the direction and motion of the rising coffee.

Imagine your eyes as really powerful cameras. Most TV shows and movies are shot at 24 frames per second. So let’s say normal vision means you’re watching your coffee level rise at about that same speed. This means your eyes are taking 24 pictures every second, combining them, and perceiving the smooth motion of coffee filling the mug.

Now imagine you’re pouring your coffee, but someone decides to continuously flick the lights on and off. Rather than your eyes capturing images at a smooth 24 frames per second, you see the coffee rising, but then everything goes dark for a split second. The light turns back on. The light flickers over and over and over. It’s becoming more and more difficult to determine when you need to stop pouring. Rather than watching the coffee level continuously rise, it’s jumping from one level to the next. The next image is your coffee overflowing, and just like that, your day isn’t off to a good start.

This is one example of a daily task that may be difficult for someone with motion blindness. It’s important to remember that we can never fully know what it’s like to live with a disability we do not have. But with knowledge and understanding, even in small ways, comes compassion and the desire to make life more equitable for those who, quite literally, see life differently.